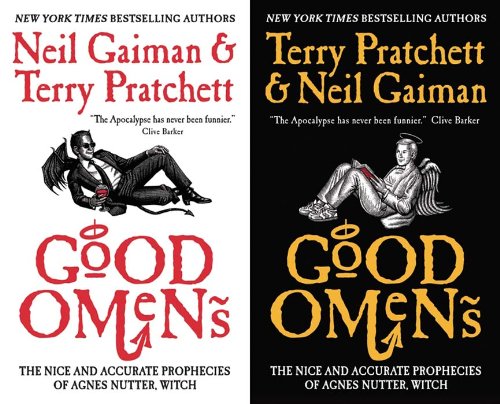 Good Omens is a collaboration between Terry Pratchett and Neil Gaiman which I listened to as an audiobook. A humorous, satirical and biting novel about the apocalypse, starring a demon who is not so bad, an angel who is not so good, and an anti-christ who just wants to play with his friends. I found it to be hilarious, with a lot of funny social and religious commentary. The book feels mostly like Terry Pratchett, with a little bit of the unique darkness Neil Gaiman brings; however, I think the collaboration was very successful. While Pratchett’s voice overpowers Neil’s, the real benefit seems to have been Gaiman feeling more comfortable writing books.

The book goes fast, and I think having humor about the end times is both necessary and health. So if you find yourself needing a little bit of levity, and maybe some “faith” in humanities desire to keep on being, I would read or listen to Good Omens. And remember, any accurate prophesy must be uselessly vague and banal because context is not included and cannot be presented to the one making the prophesy