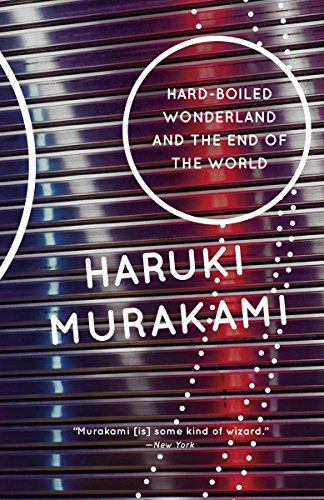 Hard-Boiled Wonderland and the End of The World by Haruki Murakami involves 2 parallel, seemingly unrelated stories, which become more and more intertwined as the stories develop. One of them takes place in a cyberpunk like future, with humans who act as encryption/decryption services, and the other in a surreal fantasy land where your shadow is removed from you and you can’t leave. The story is intriguing and I can’t discuss it much more without spoiling, but I found it to be thought provoking and it was a little bit of a smoother read than other Murakami books, but still had all of the beautiful and delicate language which Murakami does so well.