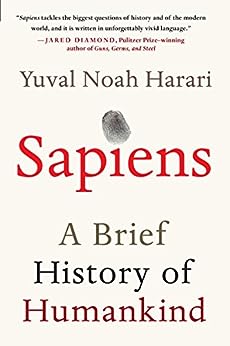 Humans are story-tellers, we communicated by telling others about our experiences, about those of others, and most interestingly about things that never even happened. These stories create a shared network of knowledge and information, which allow us to cooperate and form networks of trust, and eventually layer on top of each other to form concepts like money, religion and the nation-state. Sapiens by Yuval Noah Harari explores and reveals pieces of the story telling nature of humanity and reveals the good and the bad of this. On one hand it is how we are able to cooperate and solve some big world problems; but on the other hand it is the reason we have those problems and why we can execute large displays of evil and inhumanity. Sapiens really is a book that makes you see the world in a different way and also it helped me deal with some of the shared human delusions like money. Just because it is a delusion doesn’t make it any less real, humans use these abstract ideas to form a basis of how they should interact and thus makes them necessary parts of our life. They may be more fluid than the laws of physics, but they are in many ways no less important.