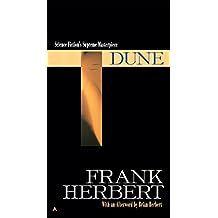 I finally read Frank Herbert’s classic novel Dune after avoiding it for a long time. My father gave me a copy after finishing the [Lord of the Rings] during middle-school. At the time I found the book to be slow and overly political, but I came back to it at the perfect time. The world rife with political unrest and I am more capable of dealing the the moral ambiguity of the work. I am also more excited by the ecological and social phenomenon of the Freemen and Spice. This book has been discussed many times before; however, here are a few major take aways:

I really enjoyed Dune and would recommend it, just maybe not when you are 13.